It’s been a while since I used Vue. Currently I am about to work with the Vue 3 based app (Vite), and I was doing research for tools similar to React-Query / SWR, I am familiar with from the React world.

In general, any library that implements Stale-While-Revalidate strategy while handling async calls is of interest to me.

I would like to ask for some recommendations from you

So far I was looking into: 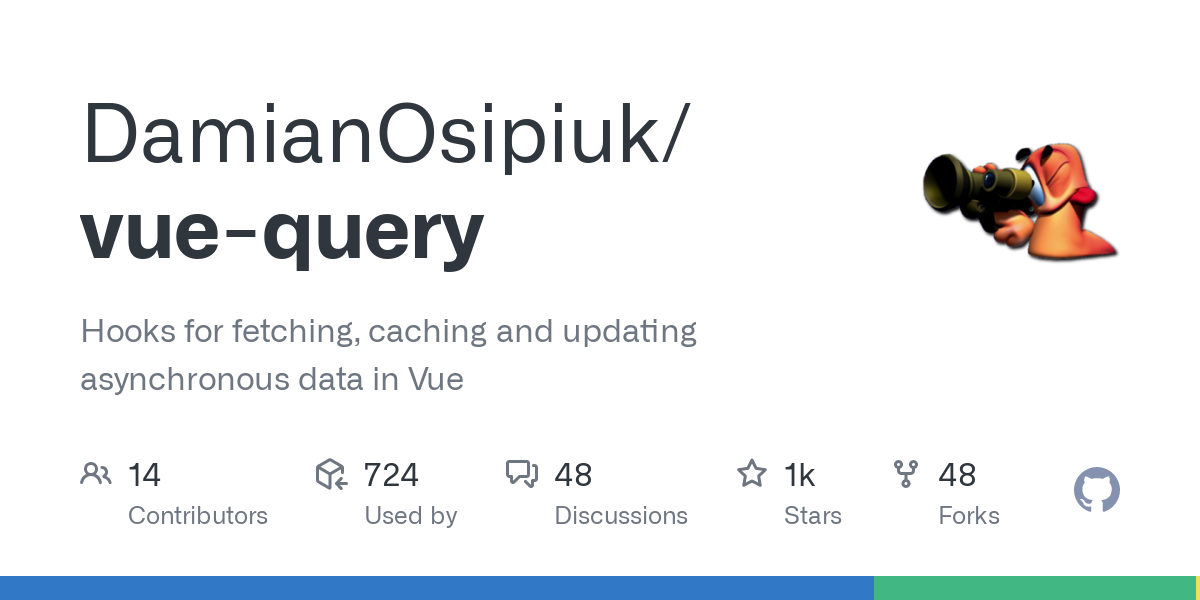 Stale-while-revalidate data fetching for Vue. Contribute to Kong/swrv development by creating an account on GitHub.

but I didn’t have time to give them a test drive.

Few words about the app, to give you some context:

The app itself is a small web application that will consist of multiple dashboard like views, where the static data will be displayed with some charts (also static, at least in V1). We will have few user journeys / stepped forms, where we will collect the data from user input and submit it in last step. The last important part is Kanban like ticket manager where you will have couple of columns with tickets in progress/done/etc and you will be able to update their state from single ticket view. Drag and drop funcionality is planned for V2.

Nothing scary nor super complex, and it seems like majority of data will be fetched from the server, so react-query/swr like tool seems a good choice here.

I was thinking about going in with Pinia (until Vuex 5 is ready) for steppers and kanban (the data collect in store will be than handled by the swr like library) and swrv/vue-query for the rest. I am curious what do you thing about this plan, and which library would you recommend for that task.